After graduating from Heriot-Watt University in 1993 with a degree in Town Planning, Raymond entered the House Building Industry as a Land Buyer for Miller Homes. Following spells at Taywood Homes and Morrison Homes and having qualified as a Chartered Surveyor, Raymond joined Savills in 2002 to establish the Development Land function in Scotland.

During his seven years at Savills, Raymond’s agency and consultancy role focused primarily on representing landowners in their disposal negotiations with housebuilders and developers. As the effects of the Credit Crunch came to the fore, Raymond also provided consultancy advice to a range of institutions, banks and corporate recovery specialists in relation to how best to manage their assets during the economic downturn.

Raymond left Savills as a Director in 2009 to set up R.J. Dunn Property Consultancy. 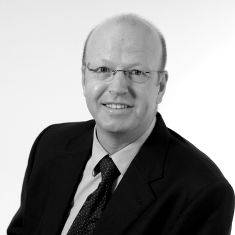